Reducing Our Dependance While Maintaining Our Lifestyle

Did you know the current line of Boeing 737 airplanes burn up to 8 gallons per mile travelled? Granted, these engines are pulling approximately 100,000 pounds of plane, passengers, fuel and cargo, but these are staggering numbers that many travelers will never consider. To put this in perspective, a plane will guzzle tens of thousands of pounds of jet fuel each trip it takes. With approximately 25-30,000 flights each day in America, it makes quite a bit of sense that Boeing is working overtime to build the most fuel efficient jet engines they can possibly build.

Passing the Savings On

Not only do the redesigned engines on the new 737 save fuel, but they are reducing the plane’s carbon footprint over its last three predecessors. Southwest, which has the largest fleet of 737’s in the world, with more than 550, is recommitting to Boeing and the 737 by ordering 150 jets. American Airlines has jumped on the bandwagon, having ordered 100 planes in July. There are simply no down sides to better efficiency. The effort lessens our dependence on foreign oil, and saves the airlines huge amounts of money, which can be passed on to the general public in the form of lower ticket fares.

How Much Savings Is Enough?

With a barrel of crude oil hovering over $100 per barrel, the profitability of the airlines in America has been severely threatened. It’s estimated that fuel amounts for about 25% to 40% of an airline’s expenses. Many believe once fuel costs come over 50%, at current ticket prices the airlines will be operating at a large loss. Therefore it is imperative to make changes now to help ensure the longevity of the airlines, and help the stability of ticket prices for consumers. The new engines are projected to save on fuel by approximately 10-12%, which should help significantly with the rising cost of fuel. When comparing a fleet of 100 of the newest jets against the last generation, the annual savings is estimated to be over $85 million per year. Dependent on how sharply gas prices rise in the coming months, the new engines could be a resurrection for the struggling airlines in America.

Not only will the new planes save on fuel, but they will be bigger, faster, more quiet, and easier to maintain than previous generations. Now if we could just get a second bag of peanuts, please. 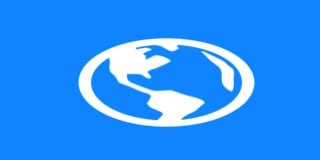